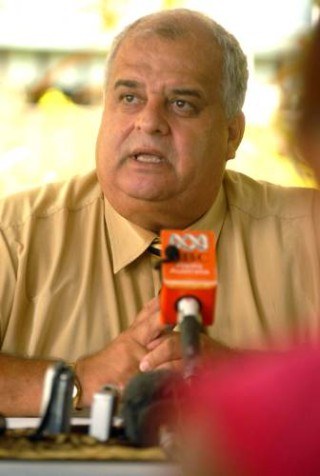 The Fijian opposition has slammed Indonesian bribery and interference in the internal affairs of Melanesia and calls for support for the people of West Papua.

In a radio interview on 28th January, UFDF Spokesman Mick Beddoes, has condemned Indonesia’s bribery of the Melanesian Spearhead Group (MSG) by giving half a million dollars “in exchange for betraying an MSG commitment to the West Papua people”.

In a Press Release, the UFDF said “the call for Independence of West Papua is a matter that not only the MSG group should take up and support, but the Pacific Island Forum members including Australia and New Zealand should unite and support the West Papua’s people’s call for independence, just as we all sought our Independence from colonial rule many decades ago.”

The UFDF says that it “will lodge a formal protest against the Indonesian Government interference in Fiji’s domestic politics as well as in the MSG.”

The UFDF says “it sympathizes with the people of West Papua and is confident that after the 2014 elections, the new government elected by the people will develop a supportive and more engaging policy towards the West Papuan people’s quest for Independence.”

Ambassador for the 2014 Trade Pasifika Kaliopate Tavola said while the aim of mission was for the MSG to look at the situation on West Papua, it was also an opportunity for Fiji to seek bilateral agreements.

The visit was mandated by the MSG leaders to assess the application of the West Papua National Coalition for Liberation (WPNCL) to become a member of the MSG.

“To me and the West Papuan National Coalition for Liberation (WPNCL), the so-called Melanesian Spearhead Group ministerial delegation visit to Indonesia and West Papua was a conflict of interest for Fiji and the Solomon Islands,” Mr Ayamiseba told Vanuatu Daily Post.

Although Mr Tavola did not have details of the bilateral agreement, he said any bilateral assistance to Fiji would be useful, especially coming from Indonesia, a country that had a lot of potential.

“Fiji was the leader of the delegation that went across and apart from the MSG mandate. The gain for Fiji is obviously the gain through the bilateral agreement that were carried out, as well as what will emanate from the West Papua situation,” he said.