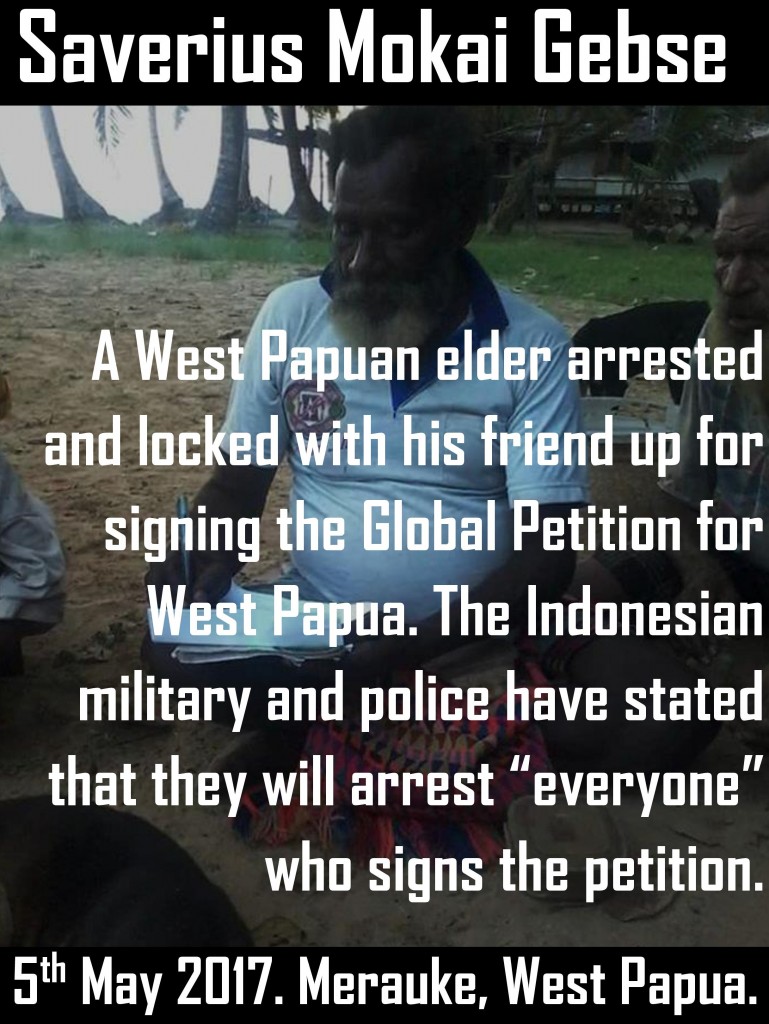 We have received urgent news from West Papua that two men in Dokib village in the Tuband District of Merauke were arrested by the Indonesian military and police.

The West Papua National Committee (KNPB) reports that Saverius Mokai Gebse and Reimundus Ndiken were both arrested on 5th May 2017 for signing the Global Petition for an Internationally Supervised Vote in West Papua.
The petition was being shared around the community manually.

Both men were reportedly persecuted and brought to the Okaba police station in Merauke where it is believed they are still being held. According to the KNPB, the Indonesian military and police have stated that everyone who participates in the signing of the petition for West Papua “will be arrested.”

Such arrests highlight the lack of freedom of expression in occupied West Papua and the ongoing persecution of West Papuan people calling for their fundamental right to self-determination through an Internationally Supervised Vote.

We condemn the actions of the Indonesian military, police and government and call for Saverius Mokai Gebse and Reimundus Ndiken to be immediately and unconditionally released.

The people of West Papua need your support

Please support the people of West Papua in their struggle for freedom from illegal occupation and genocide.