The West Papuan Friendship Mural in Darwin, Australia, which has become a poignant symbol of solidarity between the people of West Papua and Australia, was half painted over today after strong pressure from the Indonesian Consulate. 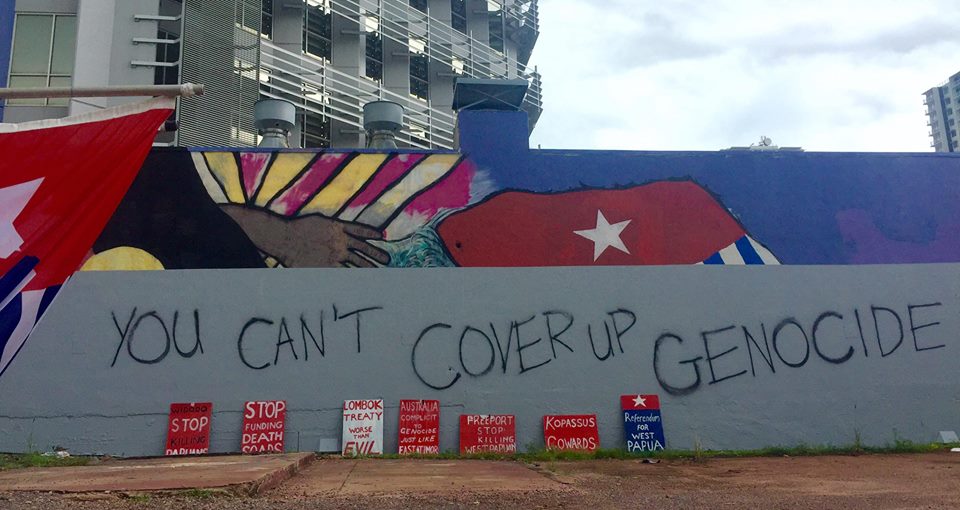 Local Free West Papua activists were shocked to discover their much cherished Friendship Mural was being painted over and before it could be destroyed completely, quickly repainted it with the words “You can’t cover up genocide”.

The Indonesian Consulate threatened to have the mural painted over in June 2016 Indonesian Consul Andre Siregar pressured both the owner of the wall and the Darwin local government, citing “questions from visiting Indonesian officials over the level of support in Australia for the West Papuan Independence movement.” Though he claimed himself only about “two people” in Darwin supported the West Papuan Independence movement.

We posted this video soon afterwards, calling on the West Papuan Mural to be saved and showing the people around the world who were firmly supporting it in solidarity with the West Papuan struggle for freedom.

SAVE THE WEST PAPUAN FRIENDSHIP MURAL The owner of the property on which the mural is painted, want the mural to be painted over. "Due to some external pressures I have been asked to see the wall painted out as a matter of urgency and have started putting things in place," the owner stated in an email. The Indonesian Consul in Darwin, Andre Siregar, is opposed to the depiction of the West Papuan flag. Mr Siregar said he acknowledged "freedom of expression" in Australia, but that the mural's close physical proximity to both the office of the Indonesian Consulate and to Parliament House had raised questions from visiting Indonesian officials over the level of support in Australia for the West Papuan Independence movement.Mr Siregar said he believed there were about "two people" in Darwin who supported the West Papuan Independence movement.Well, Mr Siregar, this is our message to you. – Australians for a Free West PapuaMany thanks to Ash Brennan for making this fantastic and powerful video.

In an interview with Radio New Zealand, Aboriginal Larrakia elder June Mills who helped to paint the mural stated:
“There is incredible violence as we speak. Until that’s resolved we are not going to stop bringing to the attention to the world community about the plight of the West Papuan people. And whether that’s posters, whether that’s murals, whether it’s talks, whether it’s forums we are going to continue.” 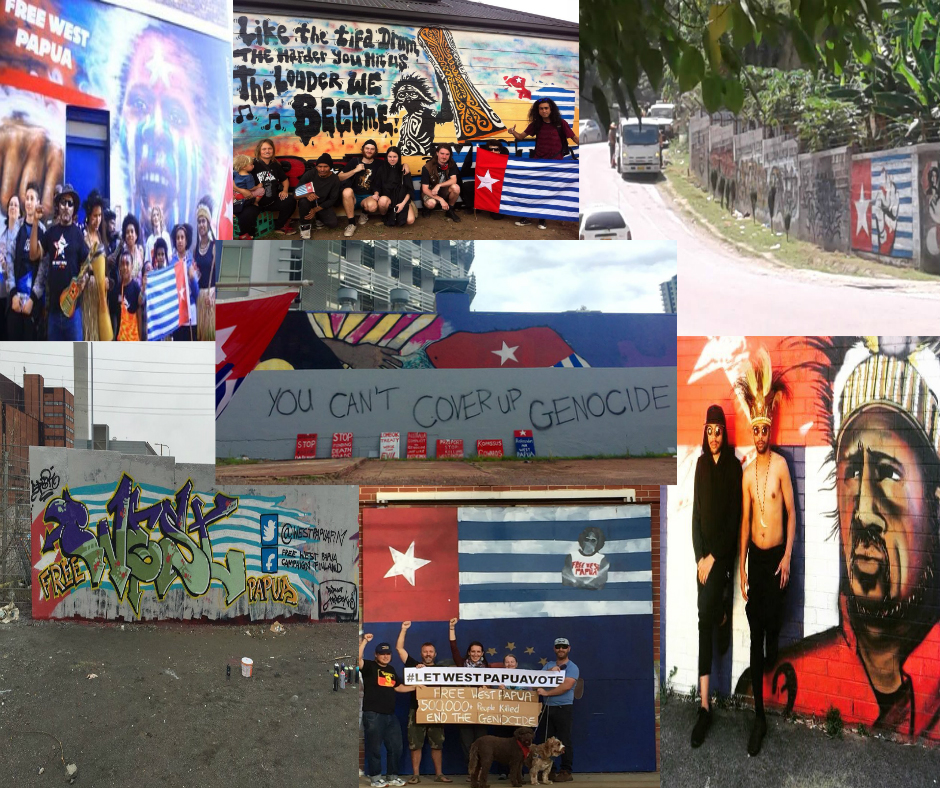