The United Liberation Movement for West Papua (ULMWP), formed in December 2014 to unite the Papuan independence movement, has continued its campaign to gain full membership of a sub-regional organisation in the Pacific, the Melanesian Spearhead Group. In June 2015, the MSG granted the ULMWP observer status and granted Indonesia associate membership. 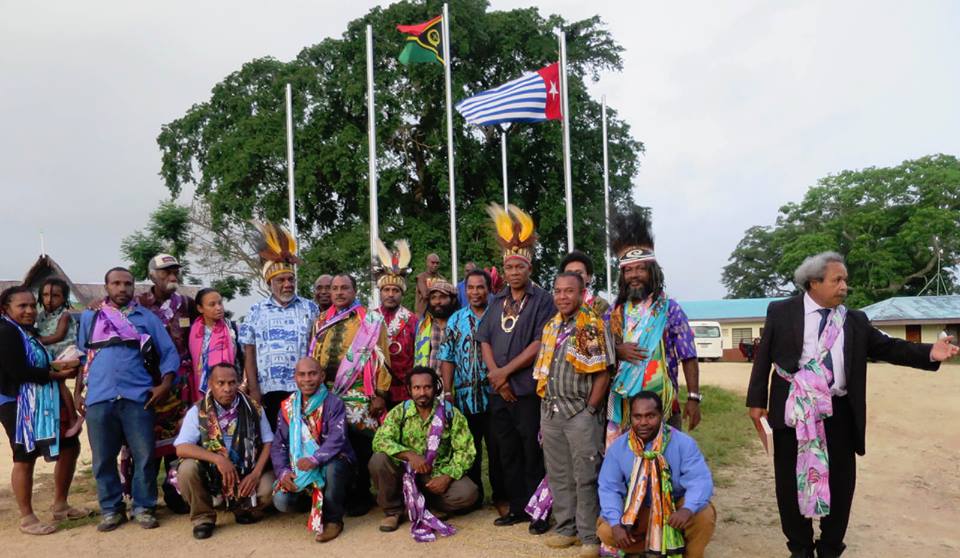 In June 2016, the MSG deferred its decision on the ULMWP’s full bid until a later meeting in December, in order to better clarify its criteria for membership. In the interim, the head of the MSG declared that, if Vanuatu, the FNLKS and Solomon Islands attend the December meeting, the ULMWP would be granted full membership. However, whilst the meeting was initially intended for member heads of state, it was altered to a meeting of foreign ministers. Those gathered heard the ULMWP’s case for full membership, but the decision was once again deferred until a later MSG leaders’ meeting. The diplomatic struggle in the Pacific continues.

The Saralana Declaration, the key document in the formation of the ULMWP, and further information, can be found at ulmwp.org.

Announcement of the Pacific Coalition on West Papua

In August, the first meeting of the Pacific Coalition on West Papua was held at the fringes of a World Conservation Congress in Honolulu, Hawaii. The Coalition is an initiative of Prime Minister of the Solomon Islands, Manasseh Sogavare, who is chair of the MSG. The Coalition includes the Solomon Islands, the Republic of Vanuatu, FLNKS the ULMWP, Tuvalu and Nauru. Representatives from the Marshall Islands and Tonga attended the first meeting. 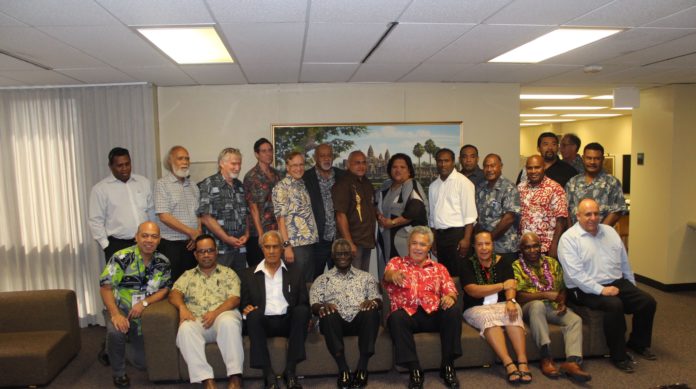 The group coordinated unprecedented international focus on West Papua during September’s UN General Assembly meeting, with representatives from members of the group voicing concerns over human rights and self-determination issues in West Papua.

Appointment of Wiranto as security chief

General Wiranto, implicated by the UN in mass atrocities in East Timor in 1999, was appointed Coordinating Minister for Politics, Law, and Security Affairs. The role overseas five ministries, including the ministry of interior, foreign ministry, and defence ministry. This makes him the most powerful security figure in the country.

“This is adding insult to injury. A day after ordering a fresh round of executions, President Widodo has now decided to hand control of the country’s security apparatus to someone was indicted for crimes against humanity by a UN sponsored tribunal.”

Launch of the Westminster Declaration, May 3

On May 3, 2016, one of the largest diplomatic gatherings for West Papua in history took place at Westminster. The Westminster Declaration was launched, along with the University of Warwick Politics of Papua Project’s Assessment Report on West Papua (see below), and British Leader of the Opposition, Jeremy Corbyn, called for human rights to be respected in Papua and for a referendum on independence to be held. Diplomatic officials, ministers and heads of state from across the Pacific attended the meeting, including Prime Minister Samuela ‘Akilisi Pohiva on Tonga and Ralph Regenvanu, Vanuatu’s Minister of Lands & Natural Resources.

The Politics of Papua Project, at the University of Warwick, launched its first Assessment Report on the situation in West Papua. The report is a comprehensive overview of the politics, human rights, development and historical developments concerning West Papua, and issues a series of recommendations to policy makers and parliamentarians. The Project launched a 12-page executive policy briefing with the University of Oxford’s Foundation for Law, Justice and Society later in the year.

In October, Indonesia asked Australia to caution its Pacific Island neighbours against interfering in the West Papua issue. Indonesian Defence Minister Ryamizard Ryacudu request to Australia’s defence and foreign ministers, during their annual meeting in Bali, to withdraw support for West Papuan membership of the Melanesian Spearhead Group (MSG), warning that the issue could pose a ‘stumbling block’ to closer ­bilateral ties. Australian-Indonesian military ties were later temporarily suspended over Australian training material which allegedly commented on the illegitimacy of Indonesian rule in Papua. The issue sparked renewed discussion of Indonesian rule in West Papua.

An extensive report from Human Rights Watch has highlighted the continuing restrictions on media access to West Papua, and the network of surveillance, informants and oppression that keeps media reporting in check. The report debunks claims from parts of the new Jokowi regime, which has claimed that restrictions are being lifted.

Journalists working in West Papua also continue to face coercion and surveillance and feel they must  “routinely self-censor to avoid reprisals for their reporting.” The Indonesian security forces also pay journalists to act as informers and deploy agents to work undercover as Indonesian journalists. The restrictions can become a matter of life and death: “In recent years, several Papuan journalists have died violently in circumstances that raise questions about possible complicity by economic interests threatened by their reporting, security forces, or some combination of both.”

BP, the huge British oil company, is one of the largest foreign investors in Indonesia. The company operates six huge liquefied natural gas fields in Tangguh, the north-western area of West Papua. This is one of the largest development projects in West Papua, and BP is the largest off-shore oil and gas producer in the whole of Indonesia. Since 2013, the field has been providing increasing amounts of gas to the rest of the Indonesian archipelago, further entangling Jakarta with West Papua and increasing Indonesian reliance upon Papuan resources.

In September the Indonesian government approved plans for new facilities to expand the production of gas by around 50%, opening in 2020. 75% of the gas will go to domestic Indonesian markets, some of it solely dedicated to electrifying West Papua. Concerns have long been raised that little of the development goes towards Papuan needs, and reinforces Indonesian rule in West Papua.